In order to understand how Claridream’s supplements work we must first understandwhat happens to both the body and the mind when we sleep. The sleep cycle is actually morecomplex than people may realize. When we are sleeping, sleep just feels like sleep, doesn’t it?How could we know that there are in fact four (even sometimes six) sleep cycles in a singlenight? Let’s explore what these cycles and stages are, and how they affect our overall wellnessand methods of producing better sleep patterns and routines.

As mentioned above, there are four sleep stages that an individual goes through everynight. The first three are Non-REM cycles, and the last is a REM cycle. REM stands for rapid

eye movement, but we will get more into what REM means a little later.
As you can see from the graph above, the three non-REM sleep stages are rather short.

This is because these first stages are a build up to both deep and REM sleep. Stage 1 is essentially the very beginning of the sleep process, that initial period of closing your eyes and trying to drift off. This leads to Stage 2, which is a state of light sleep. By this point, your body has relaxed, your heart rate and breathing slow. You are slowly but surely making your way toStage 3, which is the deep sleep stage. Now here is where people think the sleep process ends.It’s called deep sleep for a reason isn’t it? You should be completely knocked out.

While Stage 3 is in fact the most important phase of this whole process, it is not the final stage of sleep for the night. Stage 3 is considered a restorative phase; you need some deep sleepevery night in order to wake up feeling refreshed and ready to conquer whatever the day has instore for you. BUT...while the body relaxes, the mind is still at work. This is where the REMstage comes in or, aka, the dream phase.

So what exactly is REM (rapid eye movement)? Well, it’s exactly what it sounds like.While in REM sleep, not only is there more brain wave activity, but as our eyes are closed, theyare still moving! It’s a different state of consciousness that we are in while being asleep. We aren’t awake, but weirdly enough our brain is functioning similarly to when we are awake. This is why REM sleep is said to help consolidate memories and induces dreams.

Even your heart rate and breathing can become fast or irregular, unlike the initial stages of the sleep cycle where your body is relaxing.

Stages 3 and 4 are the phases we fluctuate the most in while we sleep. While deep sleep is incredibly important for our overall wellness, research has shown that the REM stage also has equal importance. The REM sleep stage allows us to explore a whole new level of consciousness through memories and dreams, and is also instrumental in neurological development, especially in infants. Research has also shown that lack of REM sleep has caused abnormalities in coping mechanisms during high stress situations and also leads to more migraines throughout the day.1

So is there a way to prolong the REM sleep phases during the night?

This is where Claridream comes in. Dedicated to improving your quality of sleep,Claridream has a variety of supplements that will help increase the amount of REM and deep sleep you are experiencing each night. 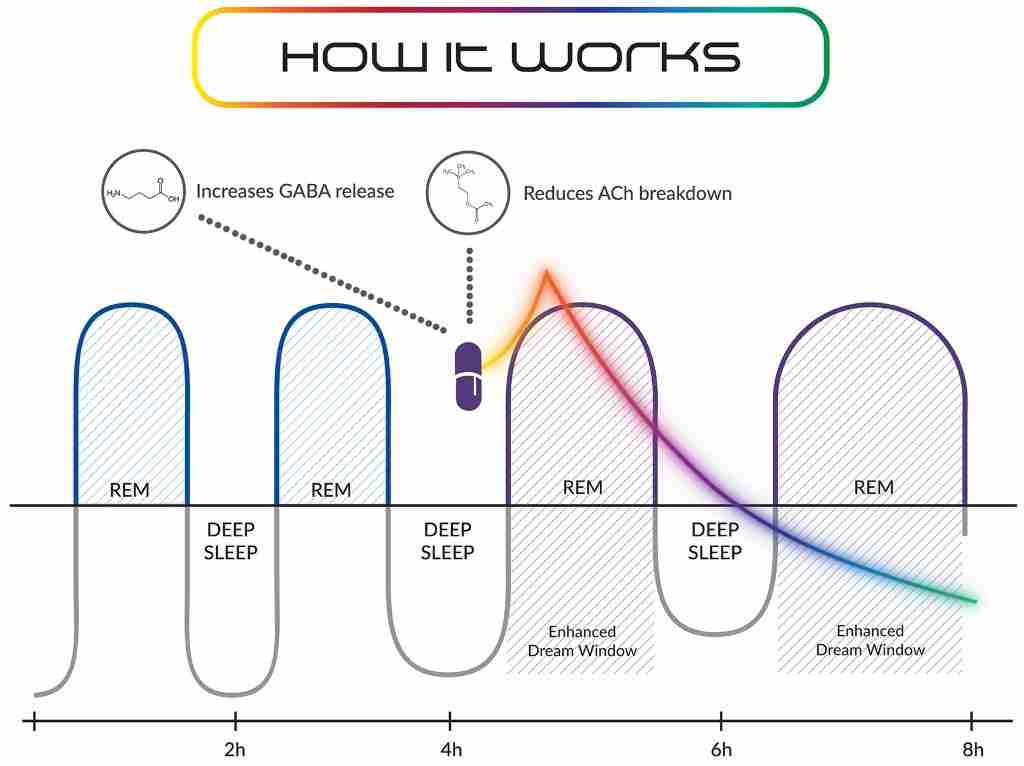 Above you will find the graph showing how the supplement Claridream Pro works.

By enhancing the REM sleep window, there is a higher chance of dreaming and even lucid dreaming, which has been proven to have many mental health benefits.2 Claridream Pro contains  natural ingredients such as Huperzine-A that works to block the breakdown of acetylcholine, an euro transmitter that affects sleep and memory. Not being able to break down acetylcholine can prolong the REM sleep and also increase chances of lucid dreaming.

By understanding the sleep phases, the benefits supplements like Claridream Pro andClaridream Deep can have on our sleep become abundantly clear. Why continue to strugglegetting restful, restorative sleep when there is supplement that can solve the problem for you?Not only that, but Claridream will also encourage your body and mind to enter a new level ofconsciousness that can turn a good night’s sleep into an experience you will never forget. 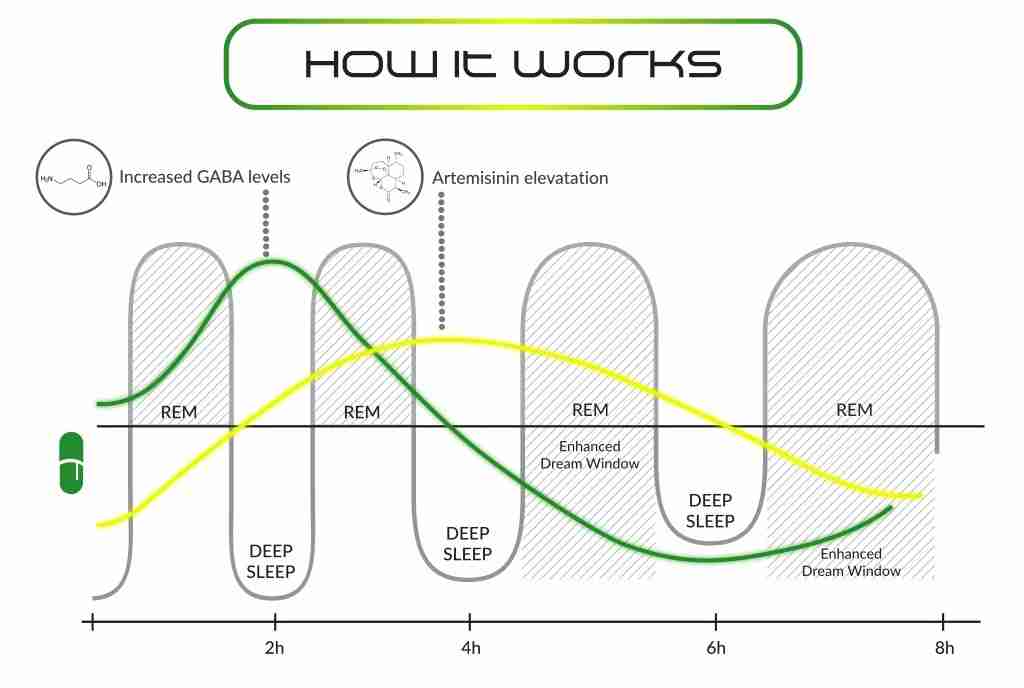